In September in Uzhhorod, we presented the program of the SlobodaCult Forum, which took place in May 2018. After the final meetings, it was finally decided to hold the forum in two cities, finalized the program (it underwent partial changes over the next six months, but the main plan was drawn up then) and formed the logistics plan of the forum.

Important: it was on the basis of the program that the project proposal was created and the budget of the future forum was calculated. Starting fundraising after the program was developed was less risky and more understandable for potential donors.

During these days we managed to have a more deep look at the institutions of Mukachevo (M. Munkachi Children's Art School, Mukachevo Drama Theatre, museum and historical castle complex "Palanok", the park on the river Latorytsia, where citywide events took place);

The program was presented in the press centre of the Transcarpathian Regional State Administration and in the session hall of the Mukachevo City Council in the presence of representatives of city authorities, public associations, cultural activists – the interaction of different sectors was and is a fundamental condition of our forums.

In conclusion, the co-curator of the music-theatre program Misko Barbara played a “home concert” in the “Pid Zamkom” cafe-museum: it was an excerpts from the play "Monologues about the most important". 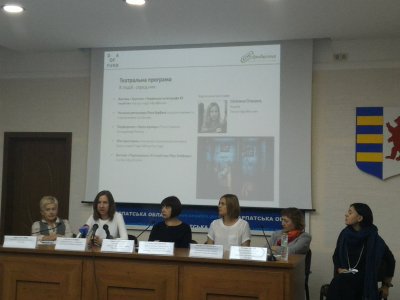